The most recent swap I participated in was a witch’s hat swap hosted by Vivian at Viv Out On A Whim.  My partner was Debby from Cozy Blanket {who I actually know in real life, too!}.  I started out with a felt witch hat from Hobby Lobby, some candy corn wire ribbon and candy corn buttons {also from Hobby Lobby}. 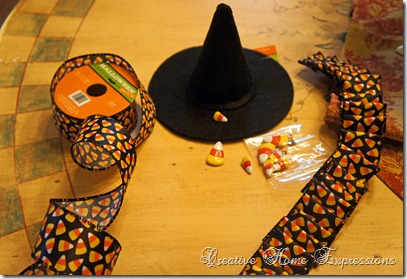 I decided to pleat the wire ribbon and use it around the brim of the hat.  I hand sewed this on using black thread. 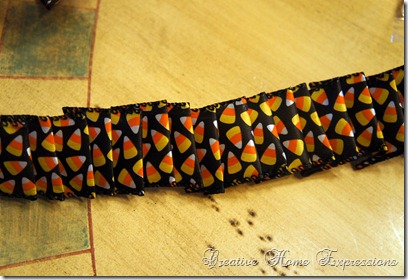 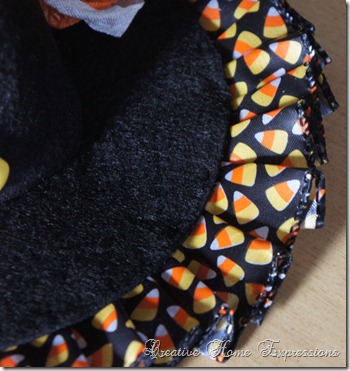 The candy corn buttons came in three sizes so I selected a few of each size and randomly sewed them on to the cone portion of the hat. 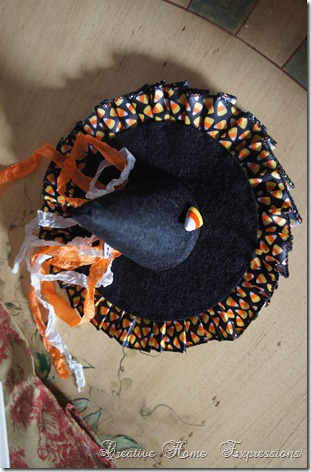 You could make a few of these hats for decorations or Halloween party favors.  I was able to sew the ribbons and buttons on while watching television. 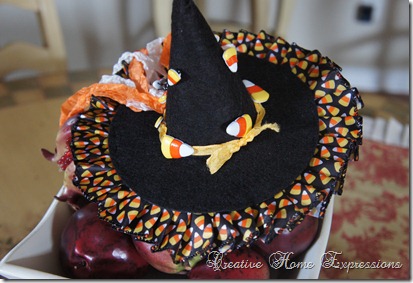 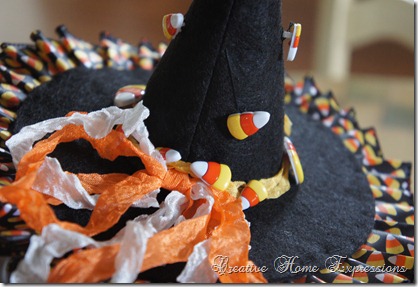 In addition to the hat, we were to also send along some goodies.  I found mine at Cracker Barrel ~ a pumpkin car freshener, this cute little bottle with its own witch’s hat topper, and these pumpkin salt and pepper shakers. 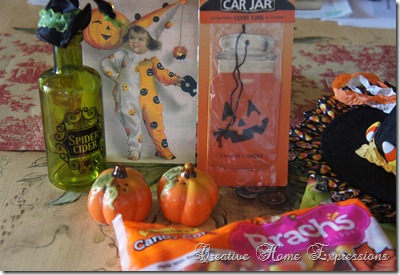 A trick or treat bag I sewed up. 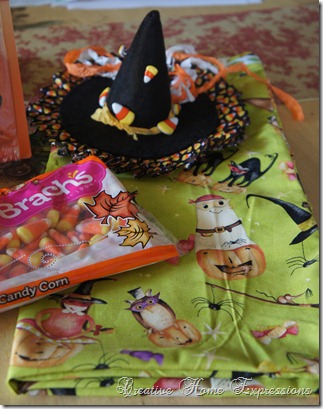 With the candy corn theme going on, I had to send along some candy corn, too.  A little note card and it is off to Debby! 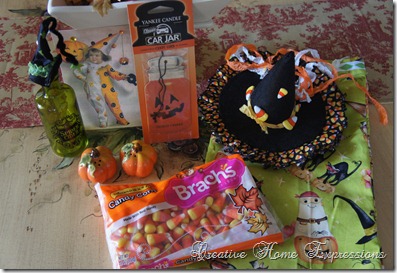 Now that is adorable Kathy! Have a great day.

hey, Kath! Deb will love this! I like those buttons- and of course, the "real" candy corn, too. LOL I should check out the Cracker Barrel- haven't been there in years, but their gift area always had some stuff not found anywhere else. give me a ringy- dingy. I stopped in the "flea" last week- I'll have to tell u about it. :-)

What a fun swap. It looks adorable and I love all the goodies that go with it.
Hugs~~~ Daphne

That hat is just adorable!! I LOVE the pleated ribbon you used around the rim!

Cute things and the hat is adorable.

That hat is the absolute cutest Kathy!!!....

Your hat is adorable! I'm sure your swap buddy will love everything!

That hat is so cute..It must be for the good witch..

Your hat is adorable! I love the candy corn theme, so cute!

And I do love my goodies. Hope my dogs don't try to eat the candy corn buttons.

Kathy, that is the cutest witches hat I have ever seen. Totally adorable.

That is too cute Kathy!! You have inspired me to jazz my witch hat up.