I know I did my favorite project of 2011 post, but I thought I’d add in a few more that I did over the course of the year.  This was a big year for us in that we moved from New York {where we lived our whole lives} to Ohio.  Some of these projects were done in our old house and, after September, in our new home.

January had me using a Nine West dress I found at Goodwill and turning it into a table skirt for a small round decorator table for my granddaughter. 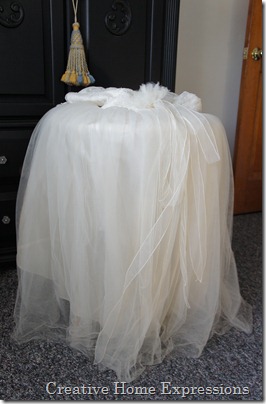 In February I did another project for the granddaughter with this shelf I found at Goodwill for her china tea sets. 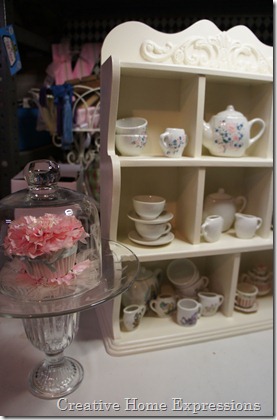 At the end of March, I decided to customize some ready made sheers when I was doing my Winter to Spring switch. 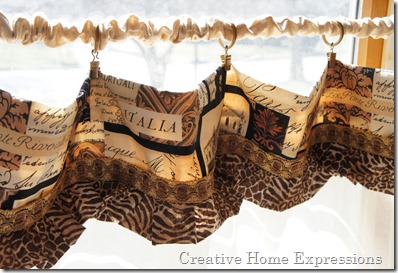 In April, I turned a plain wooden tray that was destined for the trash into a little French beauty using supplies I had on hand. 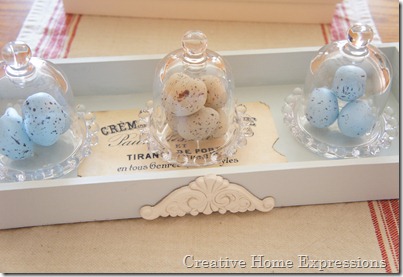 In May I found a fabulous chair at a local thrift store and I just adored the detail on it.  It did, of course, receive a makeover. 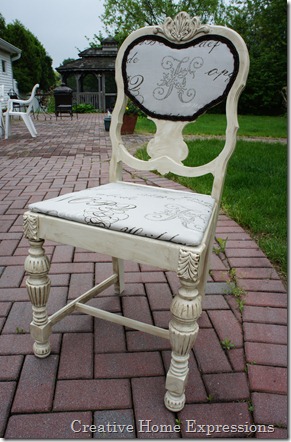 In June I finished the dresser, which I already posted about as my favorite for the year, but these little cupcake stands were a popular post, too. 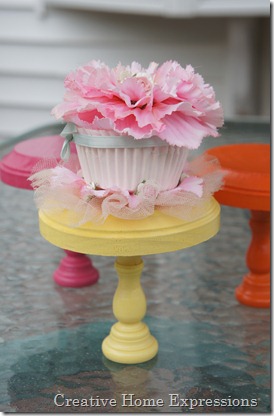 July had me making two different kinds of Frenchy memo boards with clearance frames from Michaels and fabric I already had. 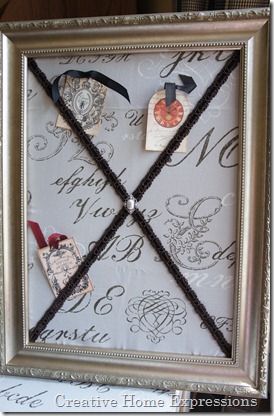 The end of August, as we prepared to move, an attic clear out had me transforming my son’s old child-size rocker for my granddaughter. 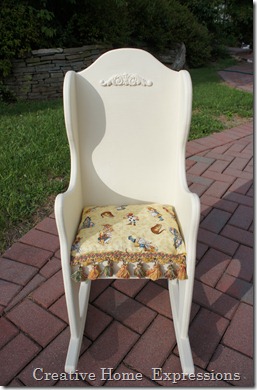 We moved at the end of September, but I was able to get our hall tree made over before we left. 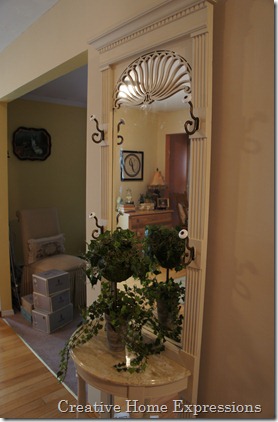 By October we were getting settled in our new home in Ohio and I did two projects this month that I’m still loving every time I look at them.   The first was bringing some interest to the glass door cabinet in my kitchen that houses my white pieces. 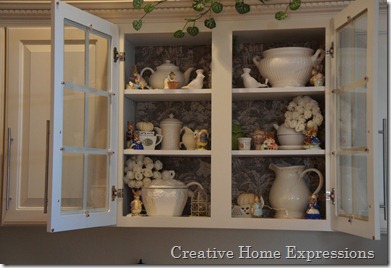 The second was being able to do the gallery wall I’ve been wanting to do for the past two years. 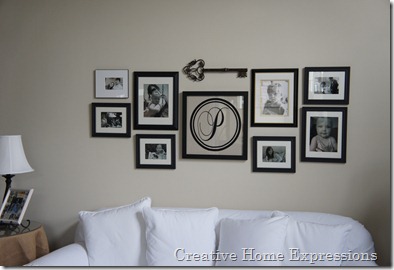 In November I was tackling my craft/sewing room off and on and one of the things I completed was a toile skirt for the sewing table. 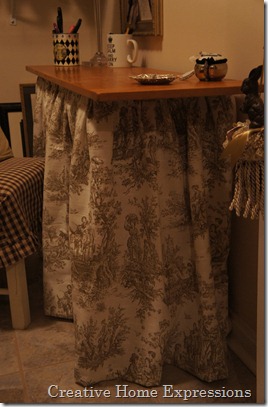 In December I was more focused on decorating for Christmas.  One of my projects was doing bottlebrush trees like the ones I had been coveting. 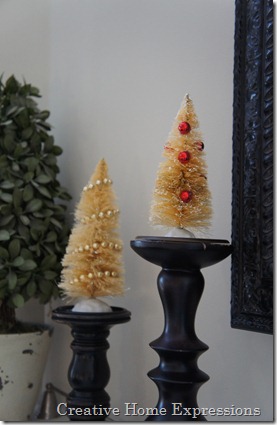 I’ve got a few projects that will be starting me off in the new year.  Now the question is which to start first!

I was hoping you'd do a year in review post...you do the most fabulous projects! I really like both the chairs and your cabinets...everything is wonderful!

I hope you had a great Christmas. Happy New Year!

Whew, you had a busy year with some great projects ! I missed the dress/tableskirt, love that.

Kathy, get over here and get me "craft-ified", okay? I am lacking in that area! LOL. Here's to a wonderful 2012 and some adventures for us!

Your chair make overs are wonderful.

Hi Kathy,
Thanks for the wonderful review of all of your spectacular projects. I remember them all and I'm glad that I was right there with you seeing your creations month by month.

Thanks for being a wonderful blogging friend.

I loved all of these projects! But my personal favorite was the redo of the crib for little E.

These were all great projects Kathy!

Oh wow! I love all your projects!!!